Veterans of the supplement and fat burner industry are going to want to pay attention to one of Blackstone Labs' newest fat burners. If you're familiar with Blackstone Labs or are a long-time supplement user, you may remember King Cobra before it was discontinued. If you liked that formula before, then you've got to try Blackstone Labs Arson, as it is a kind of spiritual successor to King Cobra. This time formulated with DMHA and other high-powered stimulants, Arson is another hardcore fat burner that is also going to give you tons of energy to take on your day or your workout! And prepare to feel the heat- Arson is a thermogenic fat burner that is for advanaced level and veteran supplement takers due to its extreme formula and potency.

What is in Arson that Makes it so Strong

The formula behind Arson is made up of two ingredient matrices: a fat-burning matrix and a thermogenic matrix. The fat-burning matrix contains well-known fat burning ingredients such as caffeine and green tea extract. Not only will this help you burn fat, but the caffeine and DMHA that is also present in this matrix will keep you energized. The thermogenic matrix, on the other hand, contains thermogenic ingredients such as yohimbine and grains of paradise to help turn your body into a fat-burning furnace! With all of these potent and effective ingredients and stimulants working together, it's not hard to see how potent Arson can be and why it is recommended only for veteran supplement and stimulant users! So if you need an advanced fat burner to target your stubborn body fat or to give you explosive energy, then Blackstone Labs Arson might be just the thermogenic fat burner for you!

How to Take Blackstone Labs Arson

Take as a dietary supplement. Take 1 capsule in the morning and 1 in the afternoon. Do NOT take more than 3 capsules of Arson per day. It was discontinued for over two years. In October of 2022, Blackstone Labs brought back Arson. It is now available.

Because it is a proprietary blend, the amount of caffeine is not listed. The estimate is 200mg of caffeine per capsule.

What Results Can You Expect from Arson?

Not for use by individuals under the age of 18 years. Do not use if you are pregnant or nursing. This product can raise blood pressure and interfere with other drugs you may be taking.. Talk to your doctor about this product. (Warnings/ Information CONTINUED ON BACK OF LABEL). SALE TO PERSON 17 YEARS OF AGE OR YOUNGER IS PROHIBITED.

Thank you for submitting a review!

Your input is very much appreciated. Share it with your friends so they can enjoy it too!

I’ve had a number of fat burners and this is by far the best I’ve used. Surge of energy and minimal appetite 10/10

I love this product. Appetite suppression, energy, focus, it has it all. Definitely getting more of this stuff. 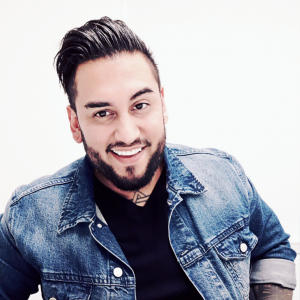 Blackstone Labs Products have worked better for me than any other product on the market. Arson kills my appetite and keeps me focused all day long. I've lost over 15 pounds in 8 weeks. Do Cardio. Eat clean. Persistence is key!

They give me so much energy, but make sure you eat before.

Does EXACTLY what it says!!!! I have lost 20 lbs in about 1.5 months!!!! I do hit the gym pretty hard, treadmill and abs. But, I definitely believe in this product and would recommend anyone that is serious about losing weight AND going to the gym, diet must be right also. You will DEFINITELY see results quickly!!!!!! None of my clothes even fit me anymore!!!!!